People always forget one key thing when it comes to writing a press release: it’s supposed to be NEWS.

What’s news to your business won’t necessarily be news to the TES or Teach Primary. Launching version 2.1.6 of the same product WILL NOT make headlines. Sorry to be the one to have to tell you- but it’s true. And it’ll save you some heartache further down the line.

But that leaves you in a sticky spot – you want people to know about your great new product, but you need to find a way that will make people care. So, what can you do?

The answer is simple: FIND THE HOOK.

Whether it’s a product launch, business news, an award win – whatever it may be, you need to find the hook to get people invested in your story.

What’s the hook? The hook is what’s going to catch the attention of the journalist who reads your press release and reel them in. It’s the flash of colour to catch their eye. Sometimes the hook is easy to find, sometimes it’s not. But one thing it should always do, is evoke an emotion. All good stories do this, and a press release should be no different.

It’s about trying to show how your story is special. People often make the mistake of pitching stories to journalists as though they’d be doing you a massive favour by publishing it, but don’t forget – journalists are looking for stories! With fewer and fewer staff writers at publishing houses, finding quick wins is great for them. They’re hoping your press release will contain a good story, it makes their lives easier. You’ve just got to package your news in a way that will work for them and make it easy for them to see it within the pages of their publication.

This is what makes the hook so important, and why it has to be the first thing we start with. Everything we do needs to hook the reader in, making it the focal point of the entire press release.

Let’s look at an example. Say your release is about a new product launch, what’s really the news here? Let’s say it’s a product that you have evidence will prove to save teachers up to 10 working hours per week. Okay, it might also do lots of other things, but the real story here is that it’ll save teachers time. Each paragraph needs to come back around to this.

So in this example, the headline won’t be “Company X launches new product” – that’s dull and they’re a dime a dozen. The headline will be something like: “Company X saves teachers up to 10 hours per week.” Now, that’s a lot better, but it’s still a pretty obvious product promotion. So we need to make it even more impactful. So we say instead something like: “Teachers working up to 10 hours per week more than they should.” Doesn’t that sound catchy? Way more catchy than “new product launch”, PLUS it highlights an issue that is being solved. Isn’t that the whole point of your product? To solve problems being faced by teachers in the classroom? Everyone’s hooked.

“Teachers working up to 10 hours per week more than they should.”

Once you’ve got your ‘hook’, you’re in a great position for crafting your release. Everything you write from then on needs to help reinforce that narrative, with the key parts of the release being in the first two paragraphs, filtering down to the less critical information.

We go through all this in detail at EdAcademy, so that you have everything you need to have crafted the perfect, winning press release that cannot fail but get you coverage.

If you want to create your own press release, you NEED our free template. Discover how to structure your press release and how to pitch it to the education press.

We will email your Perfect Press Release to you straight away. We may also message you about other useful EdAcademy content which you can opt out of at any time. We will never pass on your details or spam you.

Not yet a member? 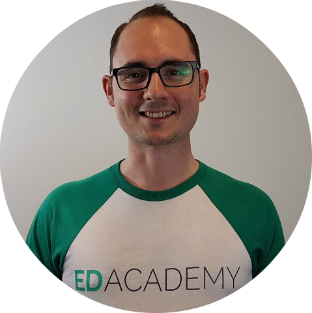